I didn’t post this update last month, and that was for a reason.  We had to shift our finances around because we are having another baby, and it was too early to say anything to anyone yet.  Since this is our third kid in under three years, and we have two dogs, we decided we are going to get a minivan.  We could squeeze all three kids in the back seat of either of our vehicles, but it would be really tight when going on weekend trips (one of the two dogs already has to lay down on the floorboards with baby stuff as it is).  We go on weekend trips a lot to Megan’s family, because they live 2.5 hours away from us.  I won’t end up hitting any of my New Year goals this year, unfortunately.  So it’s kind of irrelevant at this point, but here’s an update on my 2013 New Year’s Goals:

1) Reduce debt by 68.33%.
Target: 57%, Actual: 36.13%. I’ll still follow through with this, but we are 100% not going to hit this goal.  Every last extra dime is going toward saving for a new vehicle.  This was a month where we could have made a major impact to this number, too, as it was an extra paycheck month for me.  Unfortunately, we might still have to finance part of the new car, so I might not be able to hit my goal of no more car payments.  But it should be a minor amount, and we should be able to pay it off quickly. Here’s a graph of the progress so far: 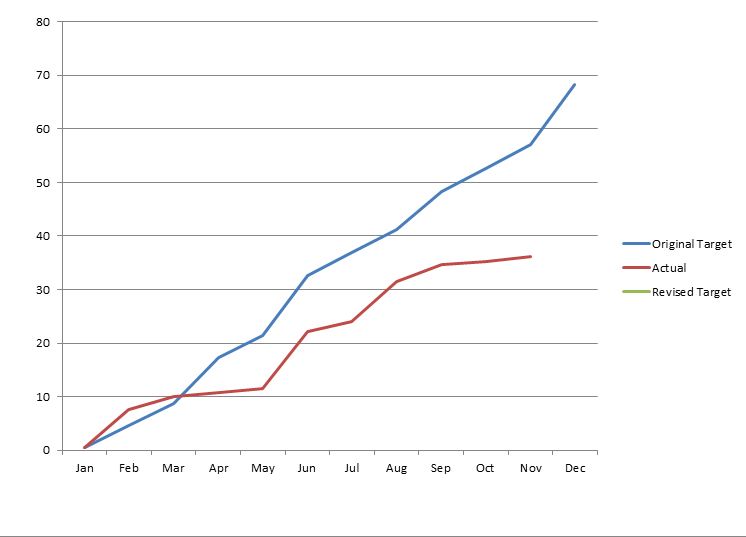 3) Complete a bike race.
This won’t happen now that it’s cold out.