It’s been May for a while, but I haven’t gotten a chance to post this until now.  Things have been pretty busy lately, which I always enjoy.  Here’s a quick update on my 2013 New Year’s Goals:

1) Reduce debt by 68.33%.
Target: 17.26%, Actual: 10.76%.  I originally planned on this being a big month (it increased by 8.5 percentage points), but it didn’t turn out that way.  We decided we wanted to save up a little bit of money to finish part of our basement this summer (by doing the work ourselves of course), and we had to set aside a bunch of money for some dental work that we weren’t expecting, so this month fell pretty flat.  I’m not adjusting the original estimate yet though, as I hope we can recover before the end of the year.  It’ll be hard, but I still hope we can do it.  Here’s a graph of the progress so far: 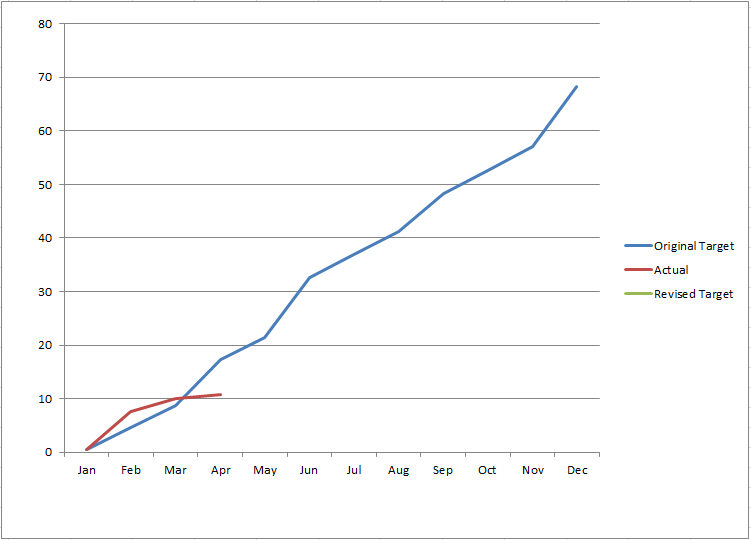 2) Run a 5k.
I started running a little when the weather got warmer.  I’m just starting a routine on it, but I still hope to run one this fall.

3) Complete a bike race.
This one will be a little harder, since it takes more time to get good exercise on a bike.  It’ll probably be later in the year when this training starts up.