It seems that I’m late to get my new year goals out ever year, but it takes me some time to figure out the financial goal of debt reduction for an entire year.  I have to balance what I think our monthly income will be, which happened to change both years due to us having kids, with how much extra we will have to put toward debt.

As a review for those of you who haven’t been following my blog for years, I like to use new year goals instead of resolutions.  Goals are specific, and can be measured (i.e. run a 5k), whereas resolutions are vague and have no specific way to measure if you complete them (i.e. work out more).

I’ve decided to cut my goals down a few.  I previously mentioned that I was going to cut it down to 1, but I think I could slip by with three.  So now that I have that process complete, here are my 2013 New Year’s Goals:

1) Reduce debt by 68.33%.  I know, it seems strange to put a non-standard number in for my goal, but I figured out how much I believe we could put toward our outstanding student loan for each month, and that’s what the number came out to.  This is the most important goal out of the three.  I always map out my goal for each month, and take into consideration the “bonus” paychecks for both myself and my wife (since I get paid every two weeks but budget every month), and tax return.  So the line isn’t straight by any means, but it should be pretty accurate if things go according to plan.  Here’s my planned payoff for the entire year: 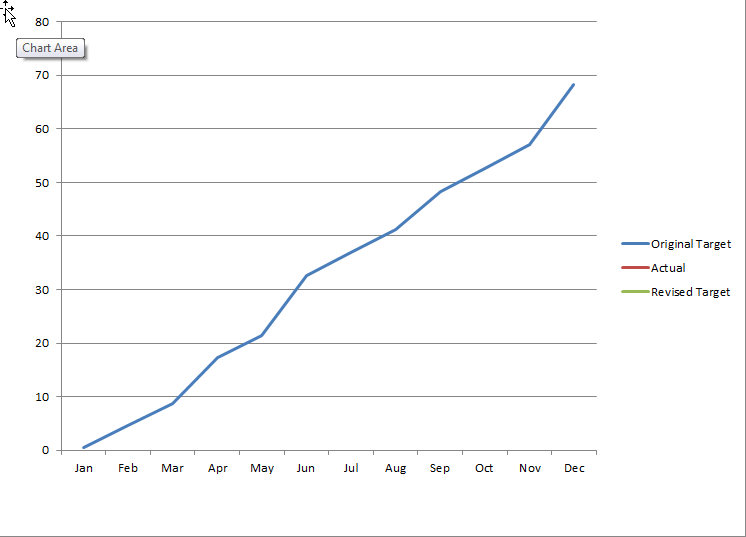 2) Run a 5k.  I had this on my list for last year, but never got to do it.  Now that our youngest will be getting older, I should have more time as the year goes on to prep for it.  I’m hoping I can complete this by the fall.

3) Complete a bike race.  I did this two years ago, and it was fun.  As I’m finding out, my bike isn’t ideal for it (it’s a hybrid instead of a road bike), but it’ll have to do.  It was a good workout, and it’ll take some prepping for as well.  I hope by combining this with the above goal I’ll get in better shape than I have been since our second child was born.  It seems like all you can do is sit at home with a baby, but I’m hoping to change that as he gets a little older.